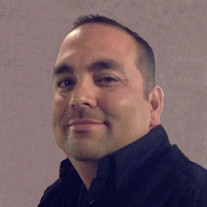 Shad was born June 26, 1975 to Skip Kinney & Clare Donahue. He was raised here in Pueblo Colorado and to much of his disappointment, not New York or Chicago. Shad was the younger brother to his (late) brother Dave, sister Cheryl and the random stories of mischief he shared says how much enjoyed his role as a big brother to Brad. I met Shad through my co-workers the night of a “live remote” at a local night club during my time as a radio DJ. My coworker needed to stop at her friends house which ended up being the roommate of Shad. It was love at first sight. Here is this handsome man sitting on the couch with his two adorable young sons (Luke was 3 and Tyler 6 months). I teased Shad that it was his boys that had my heart and HE was the bonus. Little did I know I would have the pleasure of raising these two sons when their mother passed away so unexpectedly. Shad and I were inseparable, we never spent a night apart from the day we met. Imagine that conversation at 19 with your parents! “Mom/Dad I know I've never dated anyone, but this is Shad. I love him and he's moving in with us, cool? You think I'm kidding. Im not. Two weeks later I took him to my hometown of Chicago (a dream of his) because to know Shad is to know his love for all things Jordan and Chicago Bulls. My mom (Mickey) and I took him to the United Center to see a Bulls game where we got to watch the presentation of the last championship flag being raised. Hows that for a first date huh? We were married August 23, 2000 on a 100 degree Wednesday evening after he got off of work. Because thats just how we rolled. Classy. We added our first beautiful daughter , Jaidyn to our instant family, that following January. Many of you know Jaidyn was born very premature and our strength was immediately tested. I dont mean to brag, but we nailed it! We were soon tested again when we were devastated by the loss of our son Blaze to miscarriage. Out of the shadows of our darkest times we were blessed with our second beautiful daughter Natalia. Our family was complete. Four beautiful children. Aside from our children, Shad's greatest joys in life was his prestigious position with the Denver Broncos coaching staff in which he fulfilled from our living room couch (or standing at times) with his assistant coach and beloved cat “Pot-Pot” . He was an EXTREMELY passionate coach as many of our friends, family and neighbors 19 houses away will tell you. I'm not sure you knew, but he was also employed with Comcast for the last 15+ years, because ya' know.. bills. He loved his job, so much that I truly believed I too could hack it as a COMTECH 5 with the vast cable knowledge I obtained from him daily. Outside of work Shad also enjoyed attending car shows with my father Tom. Shad loved to show off “The Challenger” as though it was the fifth child we never had. Shad's time with us, though shorter than we all wanted, has left us filled with many lasting memories. I ask we all keep his spirit alive and cherish those times. Pour him a Coors Light when your watching the Broncos defend their title this coming season, cable emergency? Tell yourself..WWSD (what would Shad do). On behalf of our family to you and yours, we extend our great sympathies as we grieve together.

Shad was born June 26, 1975 to Skip Kinney & Clare Donahue. He was raised here in Pueblo Colorado and to much of his disappointment, not New York or Chicago. Shad was the younger brother to his (late) brother Dave, sister Cheryl and the random... View Obituary & Service Information

The family of Shandrick Wayne Kinney created this Life Tributes page to make it easy to share your memories.

Send flowers to the Kinney family.